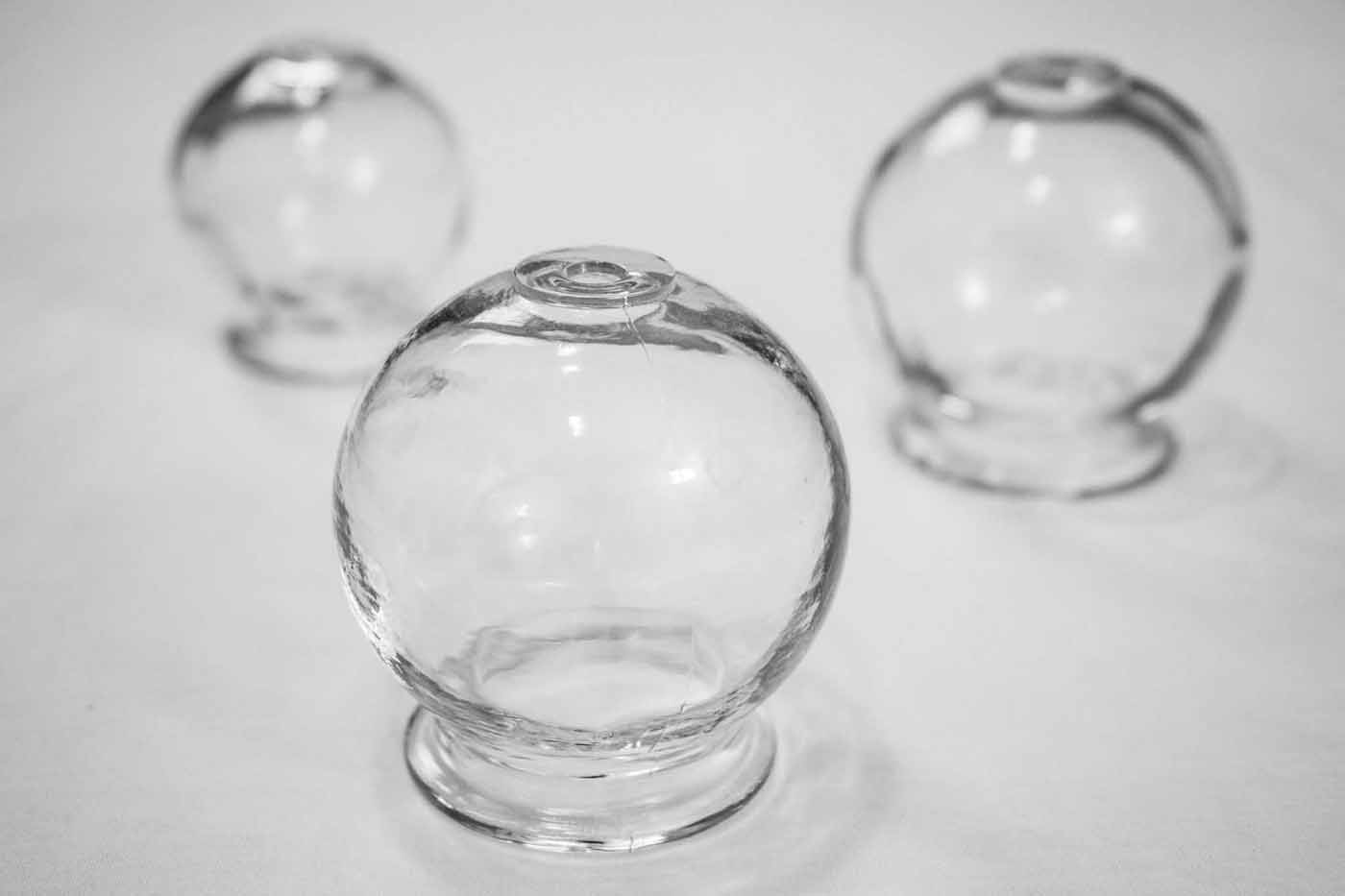 The above is a Yiddish expression which translates to “it will help like cupping a corpse” and is used to refer to a useless endeavor or a hopeless situation. By now, you’ve probably seen pictures of Olympic swimmer, Michael Phelps with a bunch of circular bruises on him and maybe you’ve read one of the articles talking about cupping. Since few of the articles talk to anyone with a traditional medicine perspective, I thought I’d throw my two cents into the pile.

So what is cupping?

Cupping is a medical practice where cups are placed onto the surface of the skin using some type of vacuum. The suction effect created raises the skin and draws blood to the surface. It is used around the world to treat pain, swelling, inflammation, bronchitis, rheumatism, and the common cold as well as a host of other health problems. There have been some recent studies which back up the use of cupping.

How old is cupping?

The oldest recorded record of cupping dates back to the Egyptians where is was described in the Ebers Papyrus, dating back about 5,000 years. In China, it is recorded in medical records dating around 3,000 years. The Greek doctor Hippocrates described cupping in 400 B.C. and the practice was recommended by the Prophet Mohammad in the Koran 1400 years ago. Though it is relatively unknown in the mainstream U.S., it is used all over the world. Cupping can be found throughout Asia, the Middle East, and Europe, as well as parts of Africa and Central and South America.

How does cupping work?

In old times, cups were made from animal horn, bamboo, glass, or other materials. Today, cups are also being made from plastic and silicone. Traditionally, one takes a small flame, such as a cotton ball soaked in alcohol and places this into the mouth of the cup; the fire eats up the oxygen in the cup, which creates a vacuum, the mouth of the cup is then placed onto the body where it goes to work. Modern innovations have created valve-based plastic cups which can be operated by a pump mechanism. This allows greater control over the degree of suction, but lacks the pleasant heat created by the fire.

Once the cup is placed on the skin, blood immediately starts rushing to the area creating a painless bruise. By inducing such a bruise, the body sends a large degree of healing factors to the area in order to heal. Cupping makes use of the body’s ability to heal itself by using inflammation to fight inflammation.

What is Running Cupping?

Over time, a number of techniques have developed using the cups. They don’t have to just sit in one place until a bruise arises. There is also what’s known as “running cupping;” in this procedure, once the cup has been attached, it is moved around over an area. Running cupping can be looked at as a polyvecotral massage, where one is getting a gliding-type massage from the pressure of the lip of the cup while the tissues are being lifted up by the suction. This type of cupping is usually done over skin which has been lubricated by oil or lotion. Running cupping can be great when there are connective tissue adhesions or muscles which have been inhibited for long periods of time and have lost a degree of circulation. This type of cupping also tends to bruise, but rather than circles, the bruising is typically streaky and speckled.

Cupping in the media.

There are actually a few movies in which I’ve seen cupping used. In Dangerous Liaisons, Michelle Pfeiffer’s character gets cupped towards the end of the film. In the French movie Delicatessen, there is a scene featuring cupping, and in the old-school kung fu movie Dreadnaught, there is a comical scene where the notable actor Gwan Tak Hing reprises his role as the famous martial artist and doctor, Wong Fei Hung; in this scene, he simultaneously fights, diagnoses, and treats a wounded street fighter using cupping. As the last scene is available on Youtube, I thought I’d throw it in; skip ahead to 0:52 to watch the scene. Enjoy!