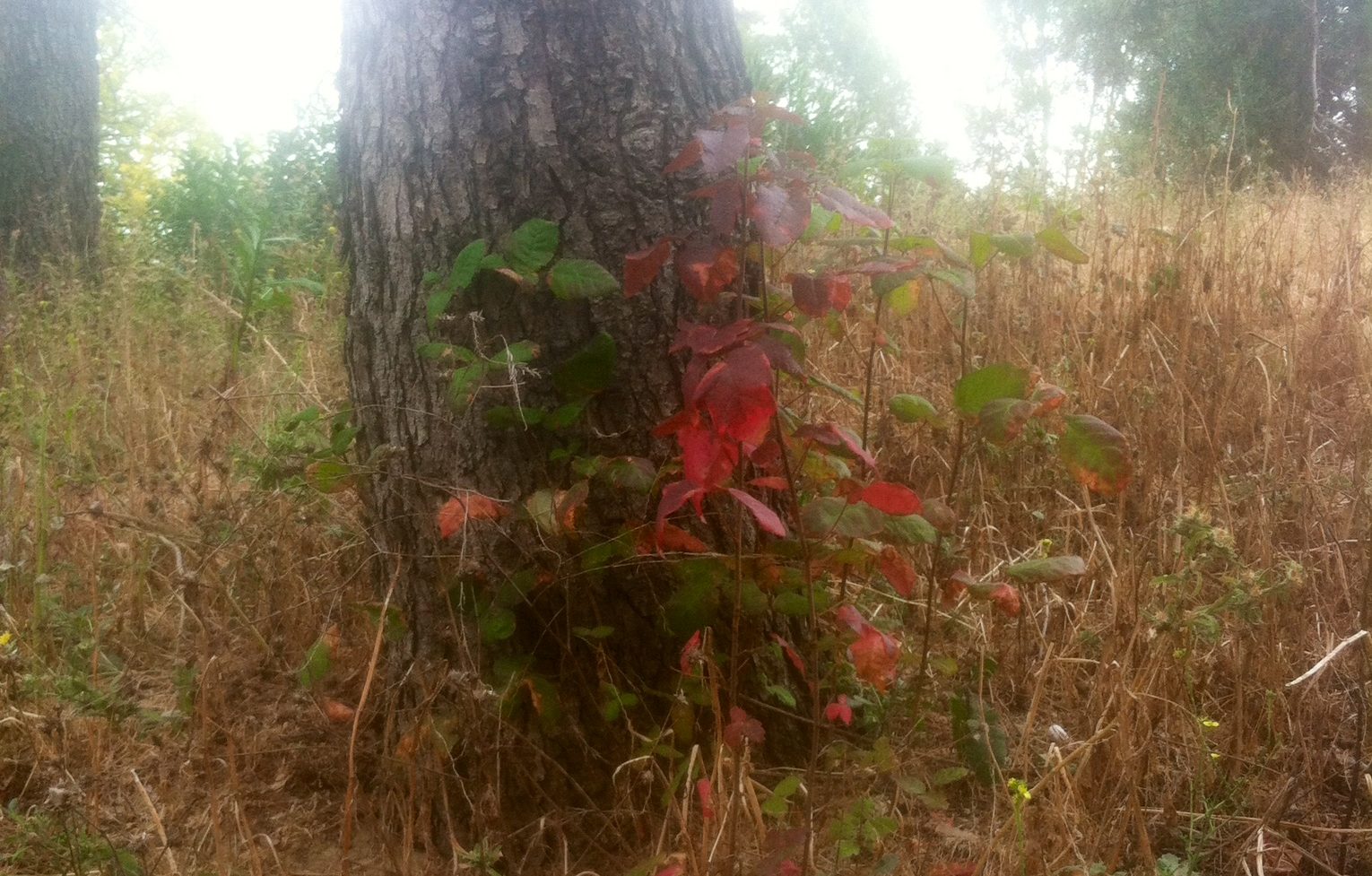 The Arising of Summer

The Waking Spirit of Summer

Every day I take an hour hike up the hill in the park near my house. I love doing this, because its great exercise, it gets me out in nature breathing fresh air, and up this particular hill there are some amazing views of the city. One of the things I find absolutely fascinating about doing the same hike so often is it gives me the opportunity to watch the plants change with the seasons; I can see which plants sprout and blossom at which times of the year.

The other day I noticed some poison oak was showing up in its virulent, red state. Poison oak, is a woody vine native to California  which is so prevalent that the name of the original native Tongva village located at what is now the Los Angeles civic center was Yangna, meaning “poison oak place.” Poison oak releases a highly irritating oil and contact with the plant causes a fiery, red, bumpy rash with severe itching. Poison oak loses its leaves in the winter, in the spring new green leaves sprout which turn red in the summer. This last aspect served as a point of inspiration for me.

In Chinese medicine, we talk about the “Wu Xing,” translated as the “five elements” or “five phases.”  This is a grand system of linked images and metaphors which serves as a way of organizing thought and as a lens through which to look at and categorize everything into a set of relationships and to track cycles of change. This is very similar to what is known in Native American teachings as a “medicine wheel.”

Each of the five phases are named after a natural phenomenon; in order, they are: Wood, Fire, Earth, Metal, and Water. The Fire phase corresponds to the color red, the south, and to the season of summer. In the naturalistic philosophy underlying Chinese medicine, they say that as the seasons change, the life-cycle of the earth is made visible and because we are expressions of the earth, from this we can learn about ourselves. So in us, the Fire phase corresponds to our heart, to the emotions of joy, elation, and mania, and also to “hot” conditions such as fever and inflammation.

Currently, we talk about the seasons beginning with the equinoxes and solstices, the first day of summer falling roughly on June 21 on the longest day of the year, the summer solstice. In old times, all around the world, these days were viewed as the energetic high-points of the seasons,  thus in these old calendars, summer begins at the mid-point between the spring equinox and the summer solstice, what is known in English as “May Day” and then peaks at the solstice, known in the same traditions as “Midsummer;” similar celebrations in China are known as Lixia or “Summer Begins” and Xiaahi or “Summer’s Extreme” respectively. In many parts of the world, these times are celebrated with bonfires representing the exuberance of life seen in the world at this time.

In the old Chinese calendar, the year is divided into 24 “solar terms.” The Chinese word for these “solar terms” is Jie Qi, here Jie refers to the nodes of bamboo and implies a regulated and orderly progression, and Qi is the same word we use frequently in Chinese medicine to refer to breath or function, but in this case refers more to a period of time, and to the “energy” or character of that particular period of time.

Bringing it on Home

So what does any of this have to do with the poison oak? How did that plant inspire me to write all of this? The day I noticed the poison oak, it was very close to the second “solar term” of summer, occurring between “Summer Begins” and “Summer’s Extreme,” called Xiaoman or “Grains Full,” which refers to the time of year when grains are becoming full of energy, just as the earth and the environment around us is becoming full of energy. What I saw through the lens of Chinese medicine philosophy while looking at that poison oak plant was the fiery energy of summer expressing back out of the earth after the quietude and cold of winter. In the same way a manzanita bush grows after a forest fire and has red bark and an overall shape similar to flames, seemingly pulling the energy of the fire out of the earth, I saw the red leaves of the poison oak representing or demonstrating the waking spirit of summer