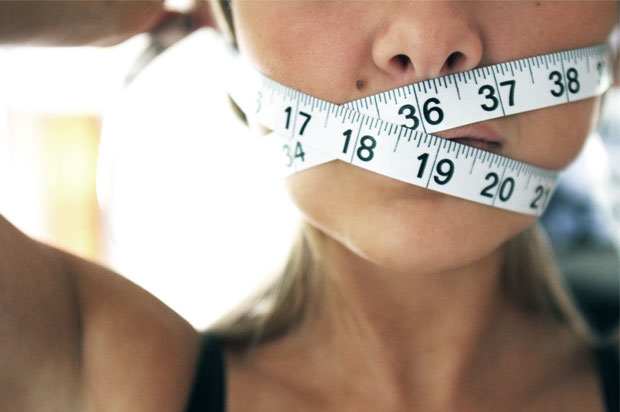 Eating Disorders: Why it is time to change the stereotype and start talking more about repairing our relationship to food

Eating Disorders: Why it is time to change the stereotype and start talking more about repairing our relationship to food

Eating disorders are often stereotypically thought of to be a condition of teenage girls, and it is time to change the thinking. I remember growing up in the 90’s, the thin-grunge body ideals and fat-free cookie fads inspired a generation of girls to fear fat and emphasize empty sources of calories. Our society may be growing more inclusive of diverse visions of beauty, but the fact remains that every 62 minutes in the United States, someone dies as a direct result of an eating disorder. Compared to all other mental illness, EDs have the highest mortality rate. Let’s break the stereotypical thinking around eating disorders and explore how they manifest in today’s world.

What are eating disorders?

Eating disorders are a collection of serious psychological conditions that impair a person’s ability to consume food in a psychologically and biologically supportive manner. These can include over-restriction of calories or specific food groups, binging on foods or beverages, and/or obsessive methods of compensating for caloric intake such as purging via vomiting, over-exercising or over-use of laxatives. A person with an eating disorder will have an obsession with body size, food and potentially exercise. While there are specific diagnoses for different types of EDs, the common thread is a dysregulated sense of control around food. A person with an eating disorder may attempt to exert control over their food with over-restriction, or may lose control to food in a binge episode.

Eating Disorders do not only affect teenage girls

In the United States, 30 million people of all different ages, races, ethnicities and genders suffer from an eating disorder. While the average age-of-onset for anorexia is 19-years old, nearly 13% of women over age 50 engage in behaviors that are categorically eating disorders. Repeat: More than 1 in 10 women over age 50 exhibit disordered eating behavior. Nearly half of all eating disorder cases have additional mood disorders that may be interrelated to their condition and require treatment. EDs conditions affect 16% of transgendered college-age students. In the military, a study found that 4% of men had an eating disorder, and over the 5 years of the study 2.6% more developed an eating disorder. In the same study it was found that women in the military who are deployed might have an increased risk of developing an ED. It is time the medical community and beyond change the stereotype: Eating Disorders affect the strong, the able-bodied, men, women, cis-, trans-, and all ethnicities and ages.

What “causes” Eating Disorders? Beyond magazines and media…

Would you be surprised that we don’t entirely know the answer to this? Certain factors may increase risk of eating disorder symptoms such as environmental, psychological, and even genetic factors. In fact, 40-60% of anorexia, bulimia and binge-eating disorder risk is genetic. While most people think of media exposure and expectations around thinness within a family being the major triggers of EDs, recent research has even drawn a potential connection between gut microbes and EDs. We do know that when parents talk about dieting with their children or use food as reward, we see increased risk in a child developing an ED. But the complex combination of factors that trigger eating disorders go beyond childhood experience. Trying to take care of your own healthy eating habits while raising kids? Check out Secrets of Feeding a Healthy Family by Ellyn Satter for evidence-based, risk-reducing and rather tasty strategies.

Why is it so hard for people with EDs to get help?

Doctors typically aren’t trained adequately in how to support people with EDs and can mismanage their care. I have far too many horror stories of clients being forced to step on a scale, triggering relapse of symptoms, or being told that their over-exercising is “gift” of a problem to have. Binge-eating patients are often told that they just “need to lose weight,” instead of more productive focus being placed on developing supportive behaviors. In a recent study of athletes receiving medical care, those with anorexia were viewed by physicians as significantly more difficult to communicate with, and more likely to be using their condition to gain attention than patients with depression. Unfortunately this isn’t just an issue with doctors, as many healthcare providers can play a role in the care process. Clinical tools and education play a crucial step in the early detection process, as more people are likely to be interacting with their primary care doctor than an ED specialist. One of my favorite books on this topic is Health at Every Size by Dr. Linda Bacon.

If you or someone you love is struggling with their relationship to food, please get help from a qualified professional. Look for mental health therapists and nutrition professionals who specialize in working with eating disorders. Different levels of care are available ranging from outpatient ongoing group or private counseling, to partial day programs, or higher levels of care in hospitalization settings. Care is available to all ages, genders, and is often covered by insurance. Reject the stereotype and get the customized care you need today.

Check out these books for more body-positive tools:

Health at Every Size by Linda Bacon

Secrets of Feeding a Healthy Family by Ellyn Satter